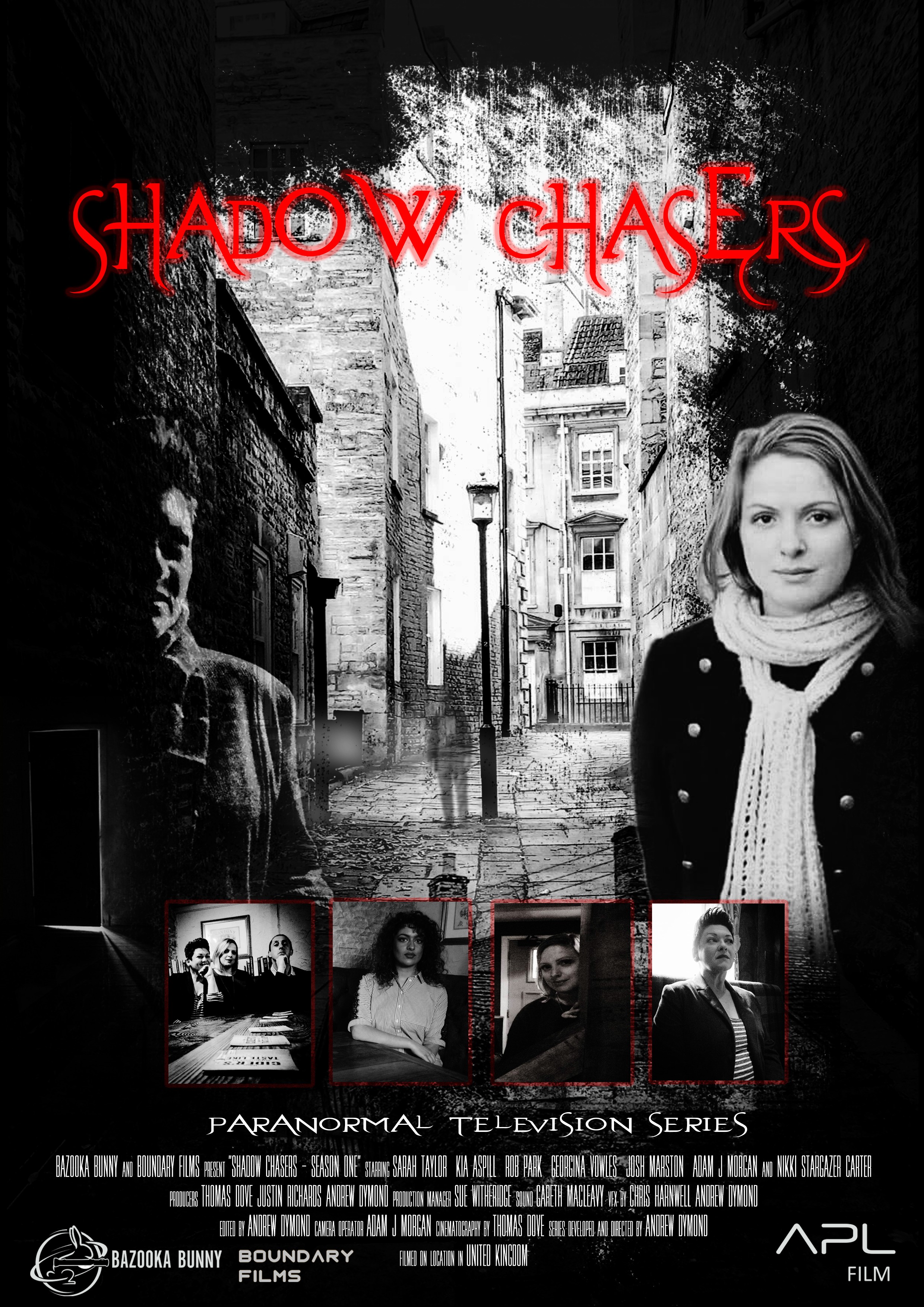 Shadow chasers is a British paranormal reality television series produced by Bazooka Bunny Productions. The series looks at gathering supernatural evidence. Investigators Rob Park and Adam J Morgan use scientific tools to collect the evidence at many alleged haunted locations in the UK. They are joined by a spiritual medium, Nikki Stargazer Carter, and then medium Kevin Bate in later seasons. Sarah Taylor presents the show and takes an unbiased view on the evidence collected before her.